Mr Solorzano, whose family has lived in Miami, FL since 1980, owns and operates a Tutor Doctor franchise after several years of rigorous education, charitable work and management experience. A dedicated student himself, Solorzano studied finance at Harvard, was certified as a mechanical engineer at Texas A&M, and also earned an international MBA degree summa cum laude. He has held several leadership roles at various organizations throughout the USA and Nicaragua, including four years as a Production Engineer for Procter & Gamble, six years as a General Manager for Budget Rent a Car, and five years as a General Manager for the Holiday Inn. He has been a guest lecturer at multiple venues including University of Pennsylvania, Columbia University, University of Virginia, Incae Business School in Panama, Costa Rica and Nicaragua, and many international forums. He has shared the podium with President Jimmy Carter, President George H. Bush, President Bill Clinton, Nobel Prize winner Muhammad Yunus and Princess Maxima of the Netherlands promoting democracy, free elections and social responsibility.

Solorzano opened his own Tutor Doctor franchise to serve families in the Miami-Dade area in 2013. With approximately 100 tutors on the roster already, Solorzano plans to continue along the fast track for growth by hiring more tutors and welcoming more students. 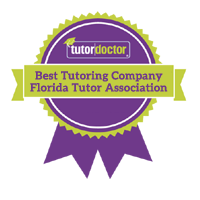 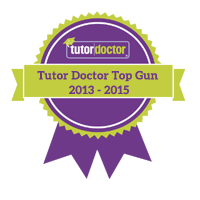 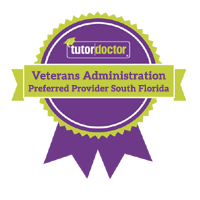 “Being able to work closely with students to help them reach their ‘aha’ moment and turn academic issues into action plans is so incredibly rewarding,” said Solorzano. “Through Tutor Doctor, I’m able to help students reach their full potential both in- and outside the classroom, and I’m so grateful to have that opportunity. With only a few years in operation, I can’t wait to see what the future holds!”

Solorzano has a long history of trying to help others. In 2002, Solorzano began to crave a new challenge that would allow him to leverage his extensive education to give back to those less fortunate. He started a microfinance bank that lent money to the poor with a longer allotted time to pay it back and much lower interest rates than other local options such as loan sharks. Although the bank started as a hobby and an experiment of sorts, it became very successful and grew to a $125M portfolio in loans over eight years. Meanwhile, Solorzano continued his role as President of the Nicaraguan chapter of Transparency International – a worldwide organization that fights political corruption – which he founded in 1995.

For several years, Solorzano led a team of about 12,000 volunteers in attempts to promote democracy and transparency, including overseeing the Nicaraguan election process. As another side project, Solorzano also founded a shelter for children with cancer that feeds and hosts them while they receive treatment, which is still operating today. And in 2009, Solorzano took his activism a step even further as an International Financial Consultant helping young girls in Uganda and the Democratic Republic of Congo, in which he earned an award by the United Nations for the best savings project for young women in Africa.

Given Solorzano’s firsthand understanding of Nicaragua’s long-term political instability, he decided it was time to relocate to the U.S. in 2010 with his wife and three kids. Upon settling into their new life in Miami, Fla., Solorzano began consulting for an investor who was interested in franchise opportunities, which is when he came across Tutor Doctor and was instantly attracted to its core values and unlimited potential across the board. Given his extensive background and passion for philanthropy and entrepreneurship, Tutor Doctor was the perfect combination of his interests, skills and ideals.